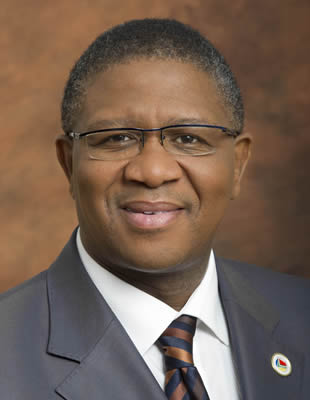 Mbalula is also passionate about education. He has presented various papers on political issues such as globalisation, world trade and finance. He has also been passionate about advancing the national discourse. He served as a co-ordinating member of the National Medical and Dental Association (NAMDA). He also served as a co-ordinator of the Organisation of Appropriate Social Services in South Africa (OASSA). He has completed training on Leadership Skills and Counselling and is currently studying towards a Master’s degree. Mr Mbalula is extremely passionate about advancing the national discourse on contemporary issues.