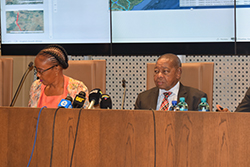 Minister of Transport Dr Blade Nzimande announced a multi-billion rand stimulus package that is aimed at reviving economic activity in the country. The stimulus package also aims to restore investor confidence and prevent further job losses, create new jobs and to address some urgent challenges that affect the conditions faced by vulnerable groups among our people.

“These measures will ensure that government gives priority to the areas of economic activity that will have the greatest impact on youth, women and small businesses,” said the Minister.

The stimulus package comes in the form of stimulus projects that are on the SANRAL network, meaning road projects that SANRAL plans to undertake and the ones that they are already busy with.

Some of the major projects highlighted during the press briefing that took place on Tuesday, 26 February 2019 in Pretoria are as follows: